Nothing like a cute Winnie the Pooh donuts for a birthday party to make as amazing treats! Learn step by step how to make Eeyore, Piglet, Pooh, and Tigger too in the most delightful treat that will wow all your guests!

How to Make Winnie the Pooh Donuts (and Friends!)

Winnie the Pooh will always hold a special place in my heart. It was my one of my first stuffed animals that I got when I was a kid. What made it extra special was that little Pooh bear happened to be my mom’s bear when she was a kid. As a kid I didn’t think much of it, but as I grew older, it became my favorite toy because of the sentiment behind it. It reminds me of the new movie, Christopher Robin. You can see in the movie that even though he had not played with Pooh in a long time, he still holds a special place in my heart and he still learns from Pooh even as an adult.

When my friend said she was throwing her son a Winnie the Pooh birthday party and wanted me to make the cake. I couldn’t contain my excitement. (I may have squealed like Piglet while jumping in the air like Tigger too!) He also requested doughnuts because her son LOVES breakfast food. I eagerly jumped on the idea and started thinking of ideas to bring these donuts and cake to life.

Not only are these Winnie the Pooh doughnuts but Tigger too! All of Pooh’s friends are a part of this celebration! You can’t possibly pick a favorite because they are all just so cute!

RELATED: How to Make a Mr. Potato Head Cake

How to Make Winnie the Pooh Donuts

For these donuts, you can use your favorite donut recipe or use this cinnamon donut recipe below! Don’t forget to get a good doughnut pan like this!

RELATED: How to Make a Realistic Fish Cake

Get a FREE ebook!

Signup for our emails so you can get more recipes and this FREE ebook cookbook for delicious weeknight meals in 30 mins or less!

Ebook is on its way!

Please check your email! I can’t wait to send you all the deliciousness!

A delightful cinnamon donut with swirls of cinnamon throughout! Perfect for breakfast or to decorate for a party!

How to Make Pooh Bear Donuts

How to Make Tigger Donuts

How to Make Piglet Donuts

How to Make Eeyore Donut

Silicone Donut Pan– easy to store, flexible, and so easy to clean!

Satin Ice – my favorite fondant to work with! Taste great as well!

Baking mat– comes with measurements that helps to make things even. Just Be careful with the Exacto knife and don’t cut too hard.

Fondant roller– smaller rolling pin which is perfect for small projects like this.

How to Store Winnie the Pooh Donuts

If you are using them that day for a party, then you can leave them out to fully dry or lay them in a box to transport. If you plan to use the doughnuts later, store them in an airtight container laying flat. Do not stack the doughnuts. Doughnuts are for about 3 days before they start losing their freshness.

Need Winnie the Pooh Party Ideas or a Cake?

Check out the cake that I did for this party! (Check back soon for the post on how to make this cake!)

Got the travel bug? Go here 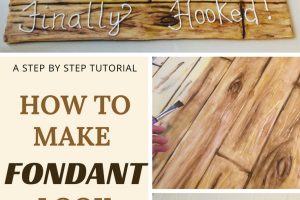 How to Make a Fondant Look Like Wood Cake Board 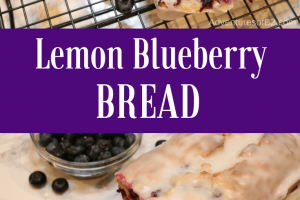 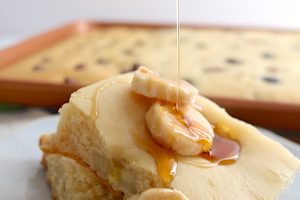 Let me know what you think.

Hey There! I’m Becky, and I’m so glad you stopped by! I’m here to help you find adventure in the everyday life whether its spicing up date nights, cooking a new recipe, exploring our city, or traveling the world.  I’m here to show you how to make that happen. So, won’t you journey along with me?

Get a FREE ebook!

Signup for our emails so you can get more recipes and this FREE ebook cookbook for delicious weeknight meals in 30 mins or less!

Ebook is on its way!

Please check your email! I can't wait to send you all the deliciousness!

Chocolate Strawberry Brownies This is one of tho

Eggroll in a Bowl Soup This simply delicious egg

Check Out Our Progress!

Type and press Enter to search